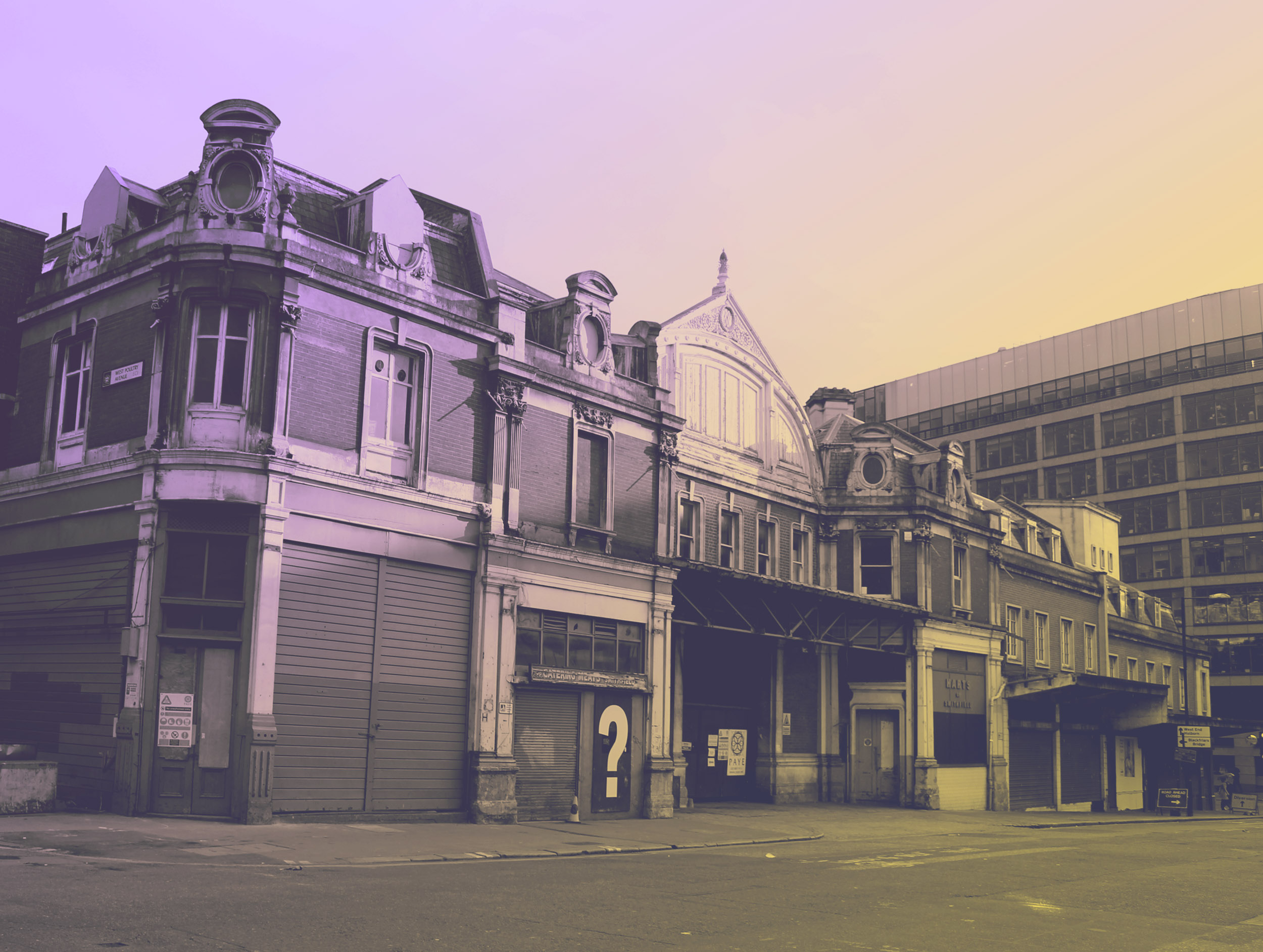 Artist, musician, DJ, researcher and instrument designer working between sonic art, sculpture and music. Drawing from his PhD study (Goldsmiths/Science Museum) on the musical innovations of Daphne Oram, he has built his own idiosyncratic modular electronic music system, with which he creates slowly evolving and heavily textured poly-rhythmic improvisations.

Listeners will be transported through a unique performance to the core of West Smithfield, which will become a new home for the Museum of London in the next five to six years. The original market buildings were completed in the 1880s and are an incredible feat of Victorian engineering by the architect, Sir Horace Jones.

The composition is inspired by the cavernous, subterranean spaces previously used for keeping goods brought into the market via the railway line underneath, that still ferries Londoners throughout the city today.