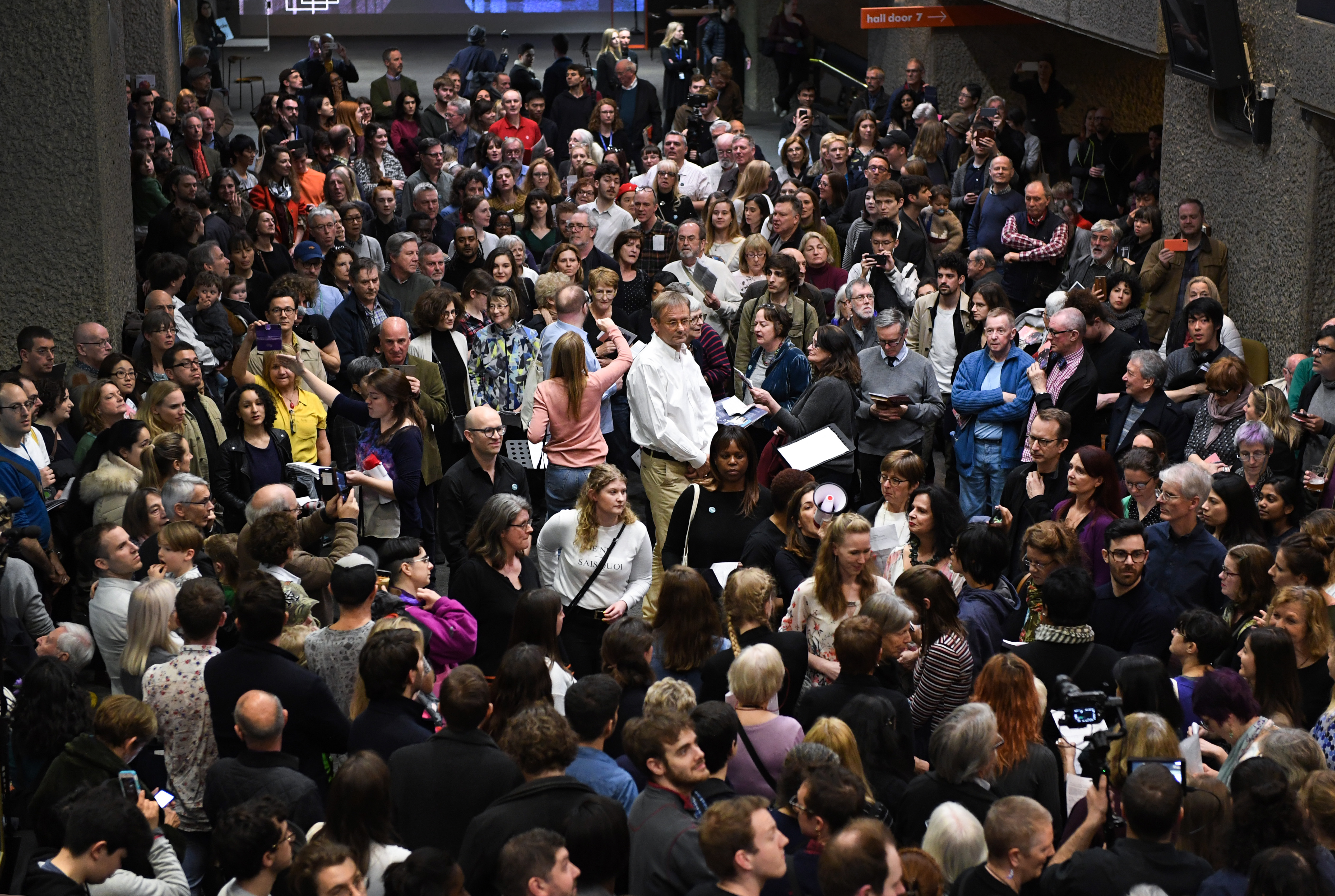 The London Symphony Orchestra [LSO] has recruited 500 people from all walks of life to take part in the UK premiere of David Lang’s the public domain on 24 March 2019 at the Barbican Centre, conducted by LSO Choral Director Simon Halsey. Participation is completely free and the only requirement for those taking part is availability to attend rehearsals in London on dates from Jan-Mar 2019. There were no auditions and there is no requirement to read music.

The performance on 24 March opened a London Symphony Orchestra concert which explored the use of space in the performance of live music. the public domain which is performed throughout the Barbican foyers, is immediately followed by a performance of Philippe Manoury’s Ring, in which members of the LSO perform as they encircle the audience entering the Barbican Hall, creating an extraordinary sound experience. The programme is completed by the world premiere of a new work by Donghoon Shin and Scriabin’s The Poem of Ecstasy conducted by LSO Principal Guest Conductor François-Xavier Roth.

American composer David Lang wrote the public domain in 2016. Searching for a way to capture shared experiences through music, he typed into the search engine Google ‘ One thing we all have is our …’, and used the auto-fill function to see how people around the world completed the sentence. He then used this information to compose the piece.

Simon Halsey, Choral Director of the London Symphony Orchestra and Chorus, who conducted the world premiere of the piece at the Lincoln Centre in 2016, said:

“This is an accessible, compelling and hugely enjoyable opportunity to create fascinating musical textures on an enormous scale. We’re looking for anyone from regular choir members to shower singers, to people who haven’t sung before but want to try something new. This is your chance to explore a unique piece of music as part of a 500-strong group.”

This performance of the public domain is part of LSO Discovery, the London Symphony Orchestra’s award-winning music education and community programme and is being delivered with the support of Culture Mile, a partnership led by the City of London Corporation with the Barbican, Guildhall School of Music & Drama, London Symphony Orchestra and the Museum of London. Culture Mile is an ambitious and transformational initiative that will create a vibrant cultural area in the north-west corner of the City over the next 10 to 15 years. Stretching just under a mile from Farringdon to Moorgate, Culture Mile will have creative exchange, cultural collaboration and learning at its core in an area where 2,000 years of history collide with the world’s best in culture.