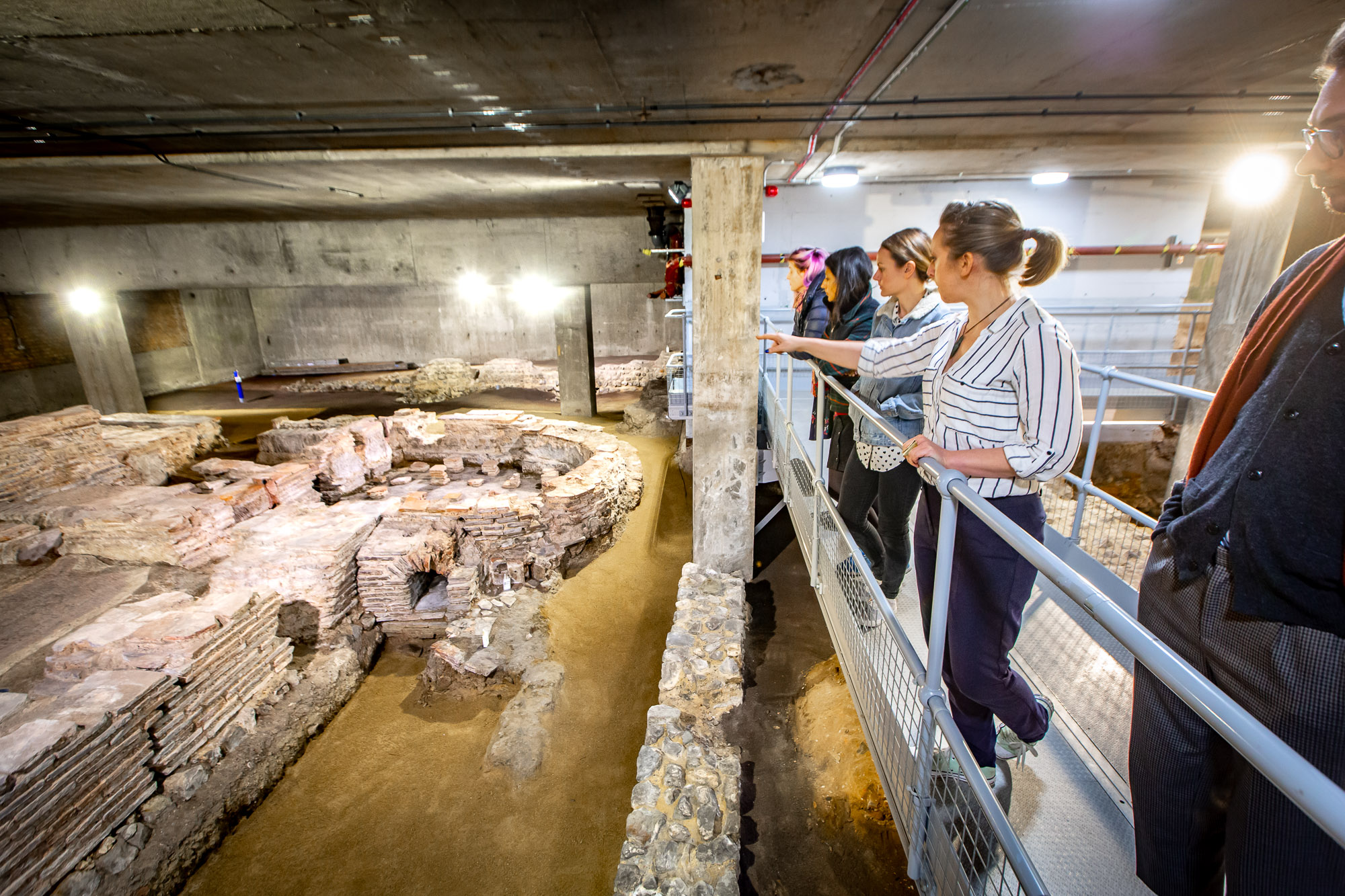 Beneath the curious cobbled pathways of the Square Mile lies a rich Roman history surviving 2,000 years of building, fires and bombings.

Lower Thames Street is home to one of Roman London’s most fascinating remains. The Billingsgate Roman House and Baths were first discovered in 1848 and extensively excavated in 1967-70. You will get an insight into ancient life in Londinium at this private house with its own bathing suite which lies hidden beneath office buildings.

See the amazing engineering feat of underfloor heating that the Romans brought to cold, damp Britain from walkways over the archaeological site, with activities and tours available for schools as well as university and college students. School workshops include a tour of the site, handling real and replica Roman artefacts and trying out some Roman games, and hands-on craft activities.

Find out more at the Billingsgate Roman House and Baths website.