The next in City Music Foundation's 2021 community concert series will be a performance from pianist George Fu. 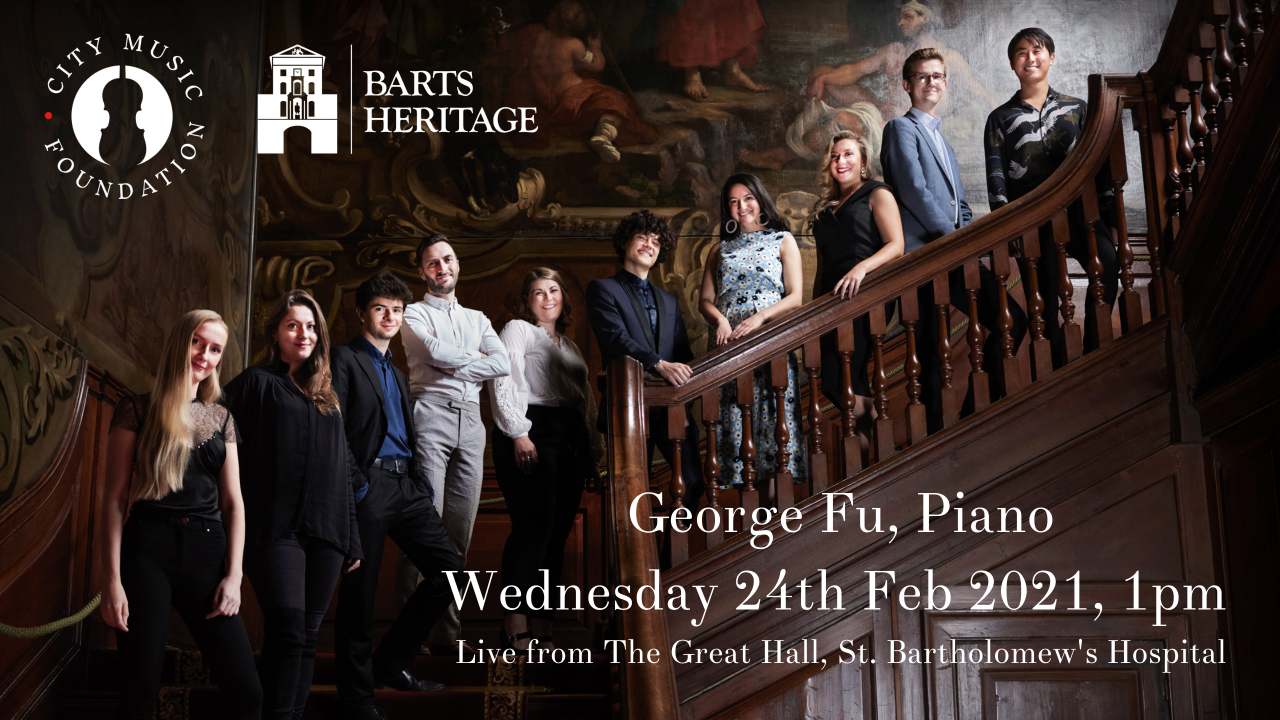 Passionate about the creation of new work, George is an active composer and performer of both traditional and contemporary music, having collaborated with eminent composers such as Krzysztof Penderecki, Harrison Birtwistle, Tansy Davies, Philip Cashian, George Lewis, Unsuk Chin, Matthew Aucoin, and Freya Waley-Cohen.

Described by the Boston Music Intelligencer as a “heroic piano soloist” with “stunning virtuosity”, Chinese-American pianist George Xiaoyuan Fu is establishing a reputation as a captivating, versatile performer with distinctive intelligence and sensitivity.

George has performed as a piano soloist with orchestras such as the National Symphony Orchestra, Baltimore Symphony Orchestra, North Carolina Symphony, Tanglewood Music Center Orchestra, and the Curtis Symphony Orchestra, and collaborated with conductors such as Michael Tilson Thomas, Stefan Asbury, Kensho Watanabe, Vinay Parameswaran, and Jonathan Berman. He has appeared at international venues such as the Kennedy Center, Carnegie Hall, Wigmore Hall, and Seiji Ozawa Hall at Tanglewood, while his live performances and interviews have been featured on several public television and radio broadcasts around the world, such as In Tune on BBC Radio 3, Performance Today on National Public Radio, and On Stage At Curtis in Philadelphia.

George continues a busy performance schedule in 2021. After being selected as a Kirckman Music Society Artist, George makes an important solo recital appearance at Kings Place in London and a debut at the Presteigne Festival in Wales. After a successful tour of Latin America with violist Roberto Díaz, George will perform in two tours of Europe led by Curtis On Tour in a trio with violinist Andrea Obiso and cellist Timotheos Petrin.

Interested in collaborative work, George is a conductor, an active chamber musician with duo partners and ensembles around the world, and collaborator with artists of many disciplines.

After receiving a bachelors in economics from Harvard University, George studied at the Curtis Institute of Music under Jonathan Biss and Meng-Chieh Liu, and then at the Royal Academy of Music under Christopher Elton and Joanna MacGregor. He has also worked intensively with Pierre-Laurent Aimard, specifically on the music of Messiaen and Debussy. George is currently the Hodgson Piano Fellow of the Royal Academy of Music.

Read the full programme here and sign-up for your free ticket here.