Dub London: Bassline of a City

From its roots in Jamaican reggae to how it shaped communities over the last 50 years, our new display explores not only dub music, but also the cultural and social impact it has had on the identity of London and its people. 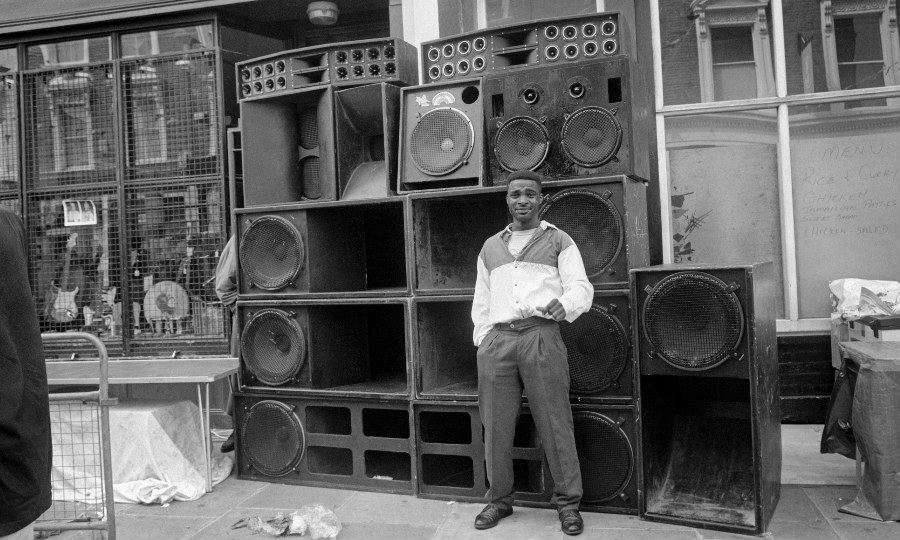 Dub has had a far-reaching impact across the music industry and the history of the capital. It has influenced multiple genres from drum and bass, garage and hip-hop to even mainstream pop, and played an important role in the early days of the city's punk scene with bands such as The Clash and The Slits drawing on its unique sound.

Exploring this musical influence alongside community, fashion and spirituality, Dub London examines how dub is a varied thread that runs through an entire community. Highlights include:

Through collecting objects, memories and personal stories from some of Dub's most iconic people and places from across London, including Hackney, Lambeth, Notting Hill, Ladbroke Grove, Harlesden and Lewisham, the display plunges you into the heart of Dub Reggae and invites you to explore this cultural phenomenon.

*There will be an opportunity in the display to listen to records from the selection. If you would like to listen to one of the records, the museum asks that you please bring your own wired headphones/earphones with you (with standard 3.5mm or 6.35mm jacks). Bluetooth headphones will not work in the space. The Museum of London are currently unable to provide headphones/earphones owing to their COVID-19 measures, which are in place to ensure all visitors have a safe and enjoyable experience.

Dub London: Bassline of a City is part of Curating London, a four-year contemporary collecting programme with funding from Arts Council England and part of the Museum of London's SoundClash season.