Around the Corner was a series of 12 installations between Millennium Bridge and Barbican Station which animated and transformed this area. 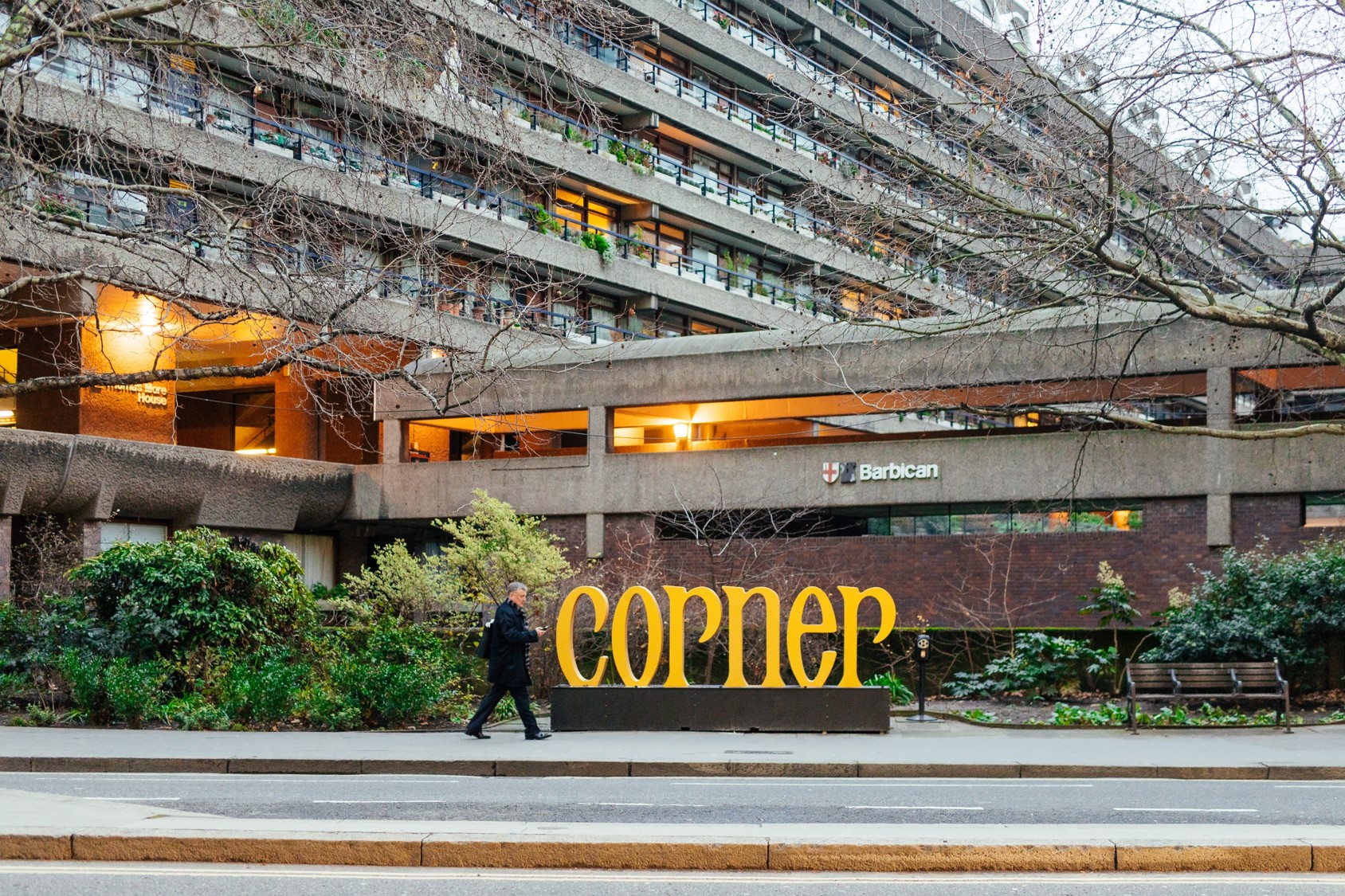 The route incorporated several major attractions including the Millennium Bridge, St Paul’s Cathedral, Museum of London and the Barbican Centre and helped orientate the spaces around Culture Mile. Each installation acted as a way finding tool and sculptural attractor where people could be informed about Culture Mile and the area. The distance between each installation allowed the pedestrian to be guided between the last and the next word along the route.

The work was inspired by the history of London as a whole and 20th Century literature specifically: a time when the City of London was starting to thrive, and many writers focused on the subject of an enigmatic London. Virginia Woolf was part of a group of modernist writers that brought interesting changes of unusual narration to literature. Authors began to tell stories in a way that reflected the fragmented and disconnected world. The installations created a new emotional connection that allowed the visitor to explore an otherwise overlooked thoroughfare and its cultural destinations. The font was inspired by the very first edition of the book in 1922, directly linking the installation back to the historical periods that inform each corner of the City.

The Around the Corner installation has now been removed from the City streets and it was re-installed  by Build and Be Scene in two schools in Hertfordshire and Essex.

The Bonneygrove Primary School in Cheshunt received the words, “What are you going to meet if you turn  this corner” from the Around the Corner installation while the primary school at Little Waltham  received the question mark.

Finding a second home for the temporary installation means that it can continue to be used and seen, allowing children, parents and teachers alike to learn about Virginia Woolf's novel Jacob's Room.