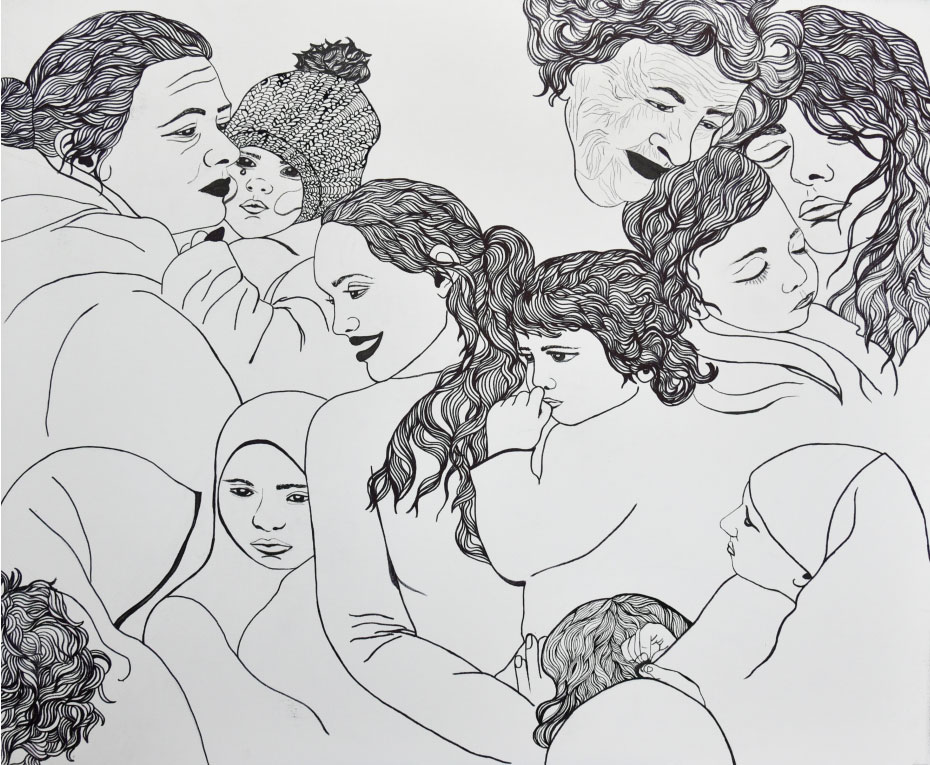 Yuliya Dan – Empathy Has No Borders

Yuliya is a Ukrainian artist working with ink and calligraphy pen, influenced by her early years in Japan. At the centre of her practice is a deep questioning of womanhood and what it is to be a woman in a contemporary society.

Yuliya has been actively supporting charities with her art practice, notably Together1Heart which is a Cambodian charity organisation that works to care for and secure the rights of young women and girls who are victims or at risk of being victims of slavery and to successfully recover, educate, train and reintegrate them into mainstream society through financial independence in a sustainable and innovative manner.

Leaps & Grounds is a specialty coffee social enterprise that supports refugee women by offering specialty barista training and that first vital step on the career ladder. Supported by the British Red Cross, research showed that refugeewomen were the most excluded and marginalised group of people in the UK.

Since 1870, the British Red Cross has been helping people who need it most, no matter who or where they are.