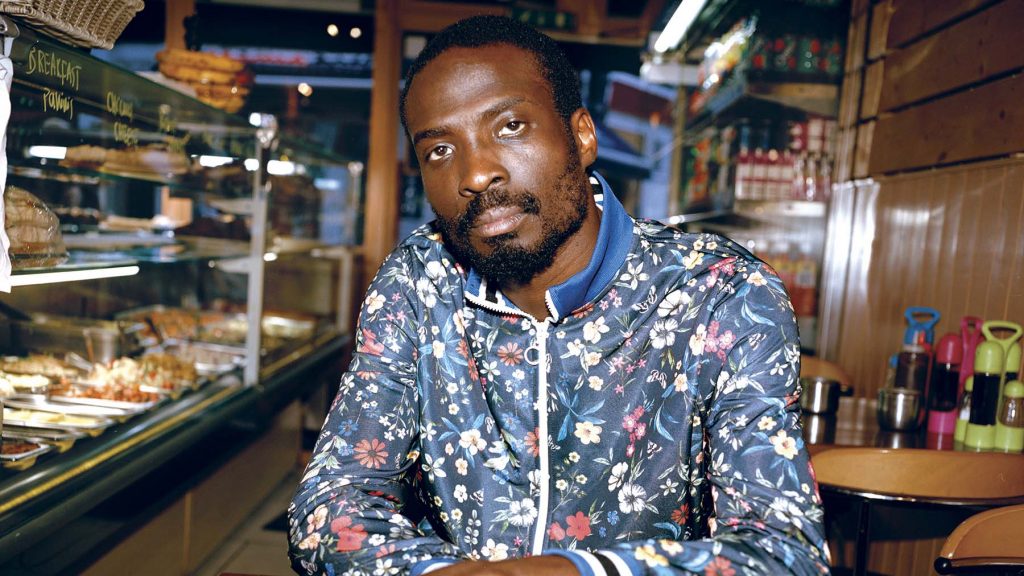 Back to between the storeys

The poem vocalises the importance of nightlife in facilitating a place for people to meet and make new connections, a place for release and ordered chaos, such as can be found throughout history.

Idehen uncovers the foundations on which Fabric, one of London’s oldest and most authentic nightclubs was built – on the remnants of a literal fabric market – and begins to draw parallels between the goings on of the market, and those of the club. Famously shut down in 2016, before reopening the following year, Fabric is an echo of the hustle and bustle of market trade, where raucous behaviour and debauchery would have been a given.

The imagery of the film plays heavily on this comparison between the daily trade seen at the meat market and the carnality of club culture, where flesh is laid bare and sold to the highest bidder. The poem weaves in conversations Idehen had with a number of different people: ravers in the Fabric smoking area at 7am, music journalists, market traders, and tour guides, each with a unique perspective on the importance of Smithfield life after the sun sets.

Joshua Idehen is a poet, musician, workshop facilitator and founder of poetry/music magazine Poejazzi. Josh has performed at Fabric alongside electro-dub outfit LV and is the frontman of ‘fro funk band Benin City. The death of London nightclubs and celebrating nightlife culture features heavily in his work.